Posted by mladen.jankovic@symbiotica.rs
in Blog 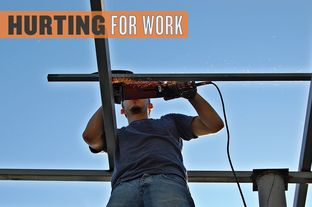 Texas saw a decline in the number of people killed on the job in 2013, but the state still leads the nation in workplace fatalities, according to preliminary government data released Thursday.

There were 493 fatal work injuries in Texas in 2013, compared with 536 a year earlier, the U.S. Bureau of Labor Statistics reported. That represents a decline of about 8 percent. The 2013 figures are considered preliminary and will be revised in the spring.

As the Texas Tribune reported in its Hurting For Work series this summer, Texas has led the nation in worker fatalities for seven of the last 10 years. That trend held firm with the release of the 2013 data. Stretching back to 2000, Texas has experienced more job fatalities than any other state for 10 of those 14 years.

Other large U.S. states had significantly fewer workplace fatalities last year: California had 385, while Florida had 234 and New York had 160. (It’s worth noting that Texas has experienced comparatively high employment over the last decade. Since 2003, a third of the net new jobs created in the United States were in Texas).

While fatalities fell overall nationwide last year, deaths among Latino workers went up 7 percent nationwide between 2012 and 2013 ‚Äî or 797 last year compared to 748 the year before. Texas has a large Hispanic workforce, particularly in the construction industry, but racial and ethnic breakdowns by state weren’t available Thursday.

Transportation accidents, accounting for 213 deaths, caused the most workplace fatalities in Texas, followed by contact with objects and equipment, 76; falls, slips and trips, 73; violence by persons or animals, 66; fires and explosions, 32; and exposure to harmful substances or environments, 31.

Heavy truck and tractor-trailer drivers proved to be the most dangerous occupation in Texas in 2013, accounting for 104 incidents, the data shows.

TO STAY UP TO DATE WITH THE LATEST LAW NEWS, BE SURE TO FIND US ON FACEBOOK AT https://www.facebook.com/dzwlaw AND FOLLOW US ON TWITTER AT https://twitter.com/DZWLAW.