VERDICT SEARCH REPORTS THAT THE PERSONAL INJURY ATTORNEYS OF DERRYBERRY ZIPS WADE LAWHORN, PLLC OBTAINED A WRONGFUL DEATH SETTLEMENT FOR THE INSURANCE POLICY LIMITS OF $1,000,000.00 WITH THEIR CLIENTS RECEIVING $555,494.39 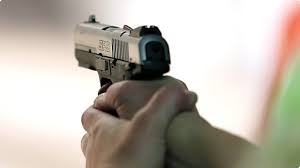 Martin Blea, Jr. went to The Pussycat Lounge with his older sister, among other individuals. At some point, his sister went to the restroom.¬† As she was returning from the ladies‚Äô room, a man, who was unknown to the sister (and has never been fully identified) but who had previously been seen conversing with a man named Steve Uresti and other patrons of the Pussycat Lounge, approached the sister and grabbed her in a sexually provocative manner.¬† When the sister rejected these advances, the unidentified man punched the sister in the face and knocked her to the ground.¬† The man then jumped on top of her.¬† Martin Blea, Jr. was dancing on the dance floor at this time and saw his sister in distress.¬† He went to pull the unidentified man off of his sister and a fight broke out.¬† While Martin Blea, Jr. was attempting to aid his sister, Steve Uresti pulled out a 9 millimeter handgun and fired several shots into the air.¬† Mr. Uresti then fired several more shots, one of which hit Martin Blea, Jr. in the face and killed him.¬† Mr. Uresti‚Äôs gun had made its way into The Pussycat Lounge despite the fact that a policy was in place where patrons entering the premises were required ¬†to be screened with a hand held metal detector wand and patted down as part of an effort to keep dangerous weapons out of the club..

After being shot, Martin Blea, Jr. fell to the floor of The Pussycat Lounge where he struggled to breathe until the paramedics arrived. An ambulance transported Martin Blea, Jr. to a hospital in Odessa, Texas, where he was pronounced dead from his gunshot wound.¬† On November 29, 2012, a jury in Ector County, Texas, convicted Steve Uresti of manslaughter in connection with the death of Martin Blea, Jr. and sentenced him to 20 years of confinement in the Texas Department of Corrections.

The Estate of the deceased, Martin Blea, Jr., incurred funeral and burial expenses of $11,423.06 and medical expenses of $1,193.50. The parents sought to recover damages under the Survival Statute for the alleged conscious pain and suffering endured by Martin Blea, Jr. between the time he was shot and the time he was pronounced dead.¬† The parents also sought to recover for damages to the parent-child relationship, including loss of affection, solace, comfort, companionship, society, assistance, emotional support and love, loss of pecuniary value of the services of Martin Blea, Jr. and past and future mental anguish, grief and sorrow.

¬†¬†¬†¬†¬†¬†¬†¬†¬†¬†¬† Despite the various contentions of the owners/operators, their insurance company paid our clients the insurance policy limits of $1,000,000 to settle their claims. The net recovery for our clients, after payment of attorneys‚Äô fees and case expenses, was $555,494.39.